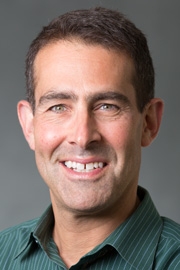 Dr Schertzer is a glaucoma sub-specialized ophthalmologist with over 20 years of clinical experience. He returned to Vancouver in April 2018 providing care as a consultant on a permanent locum basis. From 2013-2018 he was on faculty at the Geisel School of Medicine at Dartmouth College and on active staff at the Dartmouth-Hitchcock Medical Center. Prior to this, he was the director of a very active clinical practice, the West Coast Glaucoma Centre, in Vancouver, BC and was on faculty in the Department of Ophthalmology & Visual Sciences at the University of British Columbia from 1999 – 2013, as Associate Clinical Professor in the Division of Glaucoma. Much of Dr Schertzer’s non- clinical time is spent using technology for education. He blogs about Glaucoma, Electronic Medical Records and Technology (http://wholelottarob.com), hosts a podcast series entitled Talking About Glaucoma, created a sub-reddit for discussing the latest glaucoma literature, and is the co-founder of the Glaucoma Patient Group Facebook page for patients.

Offices held at present: include member of the Continuing Medical Education Committee of the Canadian Ophthalmological Society; and in the past: member Board of Directors of King David High School (Information Technology portfolio), and Secretary-Treasurer of the Canadian Glaucoma Society.

Educational background: includes BSc in Physiology from McGill (1983), MD (1988) and internship (1989) from Dalhousie, Ophthalmology residency at McGill (1994), a glaucoma fellowship under David Campbell’s guidance at Dartmouth College (1995) in New Hampshire, and an MEd at University of British Columbia (2006.)

Glaucoma fellowship highlights: Co-wrote two book chapters in Ritch, Shields & Krupins’ The Glaucomas (Pigmentary & Ghost Cell Glaucomas), a chapter on gonioplasty for Dan Albert’s Ophthalmic Surgery text (updated for a new edition in 2011), helped with the Campbell and Netland Stereo Atlas of Glaucoma, began development of a series of interactive CDs teaching ophthalmic surgery presented at the AAO, and co-developed an Electronic Medical Record that he presented at ARVO in 1995.

Academic highlights since fellowship: first academic appointment was at the University of Michigan Kellogg Eye Center in Ann Arbor where he was director of the glaucoma service from 1995-1999. The Multimedia Oculosurgical Modules (MOM) series became the top selling CD title for Mosby at that time. He was also very much involved in the deployment of an enterprise wide electronic health record system in the department. He gained a great deal of clinical experience with handling the complications of prior glaucoma surgery from patients who had high dose mitomycin trabeculectomies performed in the past. Dr Schertzer has gained a great deal of experience with glaucoma drainage implants having published two papers on his experience with the Ahmed Glaucoma Valve. One on the success rate of surgical revisions of the S2 implant and, more recently, the largest study by a single surgeon looking at the 2-year success rate of the FP7 implant compared to the S2 implant.

In 1999, Dr Schertzer (and his young family) moved to Vancouver in pursuit of the great outdoors, a full-time position at the Eye Care Centre and a Masters in Education at UBC. In 2005, he founded the West Coast Glaucoma Centre next door to the Eye Care Centre where he and his healthcare team have 5 lanes, 3 visual field machines, an HRT, SLT, YAG and Argon lasers, and a fully integrated electronic medical record. He managed to get a heart attack two months later, his MEd soon afterwards and a publication looking at whether we have enough glaucoma specialists in Canada to meet the needs of the aging population. Dr Schertzer also looked at the needs of community ophthalmologists to provide recommendations for changes to the ophthalmology curriculum at UBC, which have since been implemented.

Speaking engagements: Dr Schertzer enjoys leading talks to peers at grand rounds and small group gatherings in the U.S. and Canada. Most of these center around clinical aspects of glaucoma care, particularly related to surgical care, ethical issues, and nerve head imaging. Dr Schertzer has also lectured at national and international glaucoma meetings on the implementation of electronic record systems (including workshops at the American Glaucoma Society annual meetings and the Canadian Annual Glaucoma meeting). He has developed fully accredited speakers programs for Merck and Pfizer in conjunction with the Canadian Ophthalmological Society as well as a fully accredited program for Allergan that began in 2012. Prior to 2008 Dr Schertzer had received honoraria from Alcon, Allergan, Bausch & Lomb, Merck and Pfizer for speaking engagements and/or clinical trials. Since 2008, Dr Schertzer has only been involved in speaking engagements that meet the Royal College of Physicians and Surgeons of Canada criteria for unbiased accredited programs.